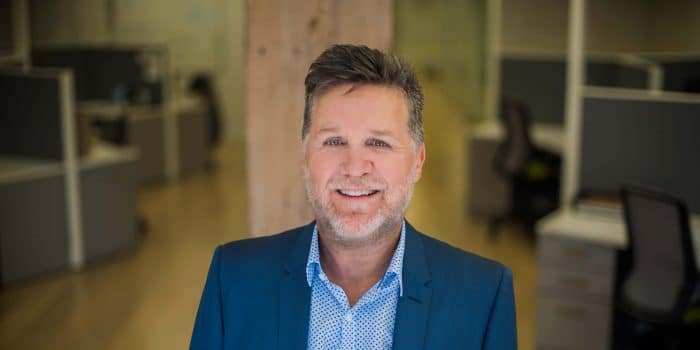 I had a couple of false starts before finding my passion for sales. During school, I worked part-time selling clothes which enabled me to do two things: build a little cash reserve and learn the phrase “can I help you?”.  After school I got my first full-time job, my father, who had made a comfortable living working on major projects for the steel mills in Hamilton, Ontario, called in a favour and got me my first full-time job at a friend’s custom metal fabrication shop. It was an eye opener: terribly hot, uncomfortable, and surprisingly dangerous. I lasted all of two weeks before packing it in and making the decision to keep all my fingers. So like any responsible young adult, I decided to get out and see the world (translation: pack up my buddies, beat up Volkswagen Beetle, and head west to visit my uncle in sunny southern California). Well as you would expect the car barely made it out of Michigan before breaking down, so we hitchhiked across the country. An amazing adventure. I made it to my uncle’s in one piece and immediately began working under the table as his gopher running errands, bank deposits, and doing deliveries for his tool and die shop. This work was a lot less dangerous and of course, took the scenic route at every opportunity. Well, all good things must come to an end: I was caught working without a visa and was politely told to be on the next plane back to Canada or the state of California would put me on a plane. I chose to pay for my own ticket as I was convinced at some point in the future I would be interested in visiting our friends south of the border.

My passion for sales begins now (hopefully I haven’t lost you yet!): back in Ontario penniless and an overwhelming desire not to end up at the Steel Mills. I answered an ad for Automotive Sales with Burlington Toyota. In this environment, I wasn’t really learning much until I focused on the one salesman that everyone resented. He was consultative, an avid reader of sales books, and was always number 1 in sales! He really knew his stuff, although everyone else in the dealership thought he was just lucky, I knew luck had nothing to do with it. In my third year, I won my first sales award: Halton Region Import Salesman of the Year. I was recruited by a former customer for my first business-to-business role and moved to Toronto with Standard Broadcasting’s Entertainment One Division initially in an inside sales capacity before being promoted to an outside territory sales role.

After 2 years with Entertainment One, I moved on to Astral Communications. With Astral I moved up the ranks from Outside Sales to Key Account Manager to National Accounts and eventually transferred to Vancouver to lead western operations. Responsible for a large team was a challenging and rewarding experience. After declining a relocation to Calgary, I embarked on the creation of Cool Entertainment, a publicly-traded internet company with 3 partners. Cool was an amazing entrepreneurial experience. When the .com bubble burst we were able to orchestrate the sale of Cool to E-Trend Networks Inc.

I returned to Toronto for a two-year stint with the Toronto Board of Trade to refocus golf operations, the B.O.T. had a 45 hole private golf facility in Woodbridge, Ontario which needed an infusion of younger members and general re-marketing of one of Canada’s top private golf facilities. After two cold Ontario winters, I decided to return to Vancouver and joined Disc-Go-Technologies Inc. as their Director of Sales and Marketing, helping the organization achieve Profit Magazine’s Top 100 ranking (19th). I left Disc-Go-Tech to join colleague Jamie Scarborough at Hospitality Careers Online and managed the western U.S. market for Hcareers (I knew paying my own airfare out of California years ago would pay off). Jamie discussed the creation of Sales Talent Agency with me on a drive from L.A. to San Francisco. As a VP of Sales struggling to find good salespeople in a tough labour market, Jamie spoke of the need for a sales-focused recruitment company to find great sales opportunities for quality sales professionals. I, as they say in the automotive industry, was a laydown.

For the love of sales.