Why you can’t find young people to fill sales positions 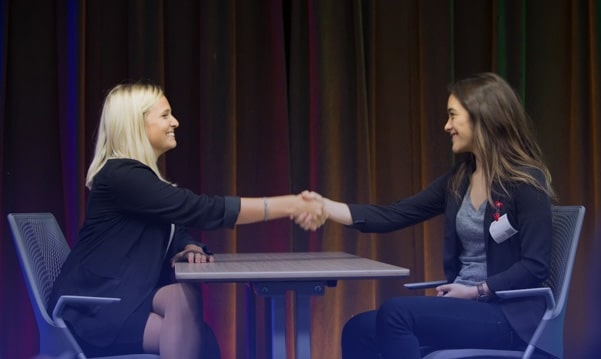 The traditional list of desirable vocations has expanded in recent years, as parents begin to recognize that it’s possible to make good money doing jobs today that didn’t exist when they were growing up.

But while ‘doctor,’ ‘lawyer’ and ‘engineer’ have been joined by ‘entrepreneur’ and even ‘YouTube celebrity,’ one historically high-achieving and well-paid career remains conspicuously absent: salesperson. “Young people do not look at sales as a realistic, ideal career path,” says Jamie Scarborough, co-founder of the recruitment firm Sales Talent Agency and a PROFITguide columnist.

Sales can be a very lucrative vocation—Scarborough points out that the best salespeople often earn more than most C-suite executives within a business, and that about a fifth of CEOs come from a sales career path. “But these young people don’t know that,” he says.

Pop culture’s presentation of sales has created something of an image problem for the profession. PerMad Men, sales means closing deals via boozy meals and schmoozing; per Glengarry Glen Ross, it means working for a target-obsessed tyrant like Alec Baldwin’s Blake. Young people don’t want to be associated with the stereotype of the used car salesman trying to hoodwink a naïve customer. “There are crooked lawyers and crooked salespeople and crooked everybody,” observes serial entrepreneur Gerry Pond. “But for whatever reason the vast number of people say [of sales], ‘Well that’s not a respectable job.’”

But Scarborough points out that some of the buzziest names in the business world today are sustained by massive sales machines—Apple sells devices, while Google and Facebook sell ads. “Sales is about problem-solving in today’s day and age,” he maintains. Early experience working retail or interacting with a pop-up shop at the mall convinces young people that sales is about pushing things consumers don’t want. “[But in] corporate sales you never sell anything that people don’t need or want,” says Scarborough. “[Businesses] don’t buy passionately, they only buy economically and efficiently. You’re selling things that are either going to make more money for the company or make them more efficient.”

To generate interest in sales roles amongst young people and help them learn some of the basic skills of the trade, Scarborough’s company organizes The Great Canadian Sales Competition, now in its second year. Post-secondary students can enter any time until January 30, 2016, by filming a 30-second pitch for something they’re already passionate about. In the second round, contestants are introduced to corporate sales via the methodology of one of 25 sponsoring companies (including the likes of Air Canada, Corus, Google, and Scotiabank). For the final round, 25 finalists are flown to Toronto and mentored through a live sales meeting.

Pond’s solution is to integrate sales into the post-secondary situation itself. He likens it to other professional designations like accounting, law and medicine. To work in these professions, people must obtain an academic degree, and then obtain qualifications from an industry association. “The post-secondary degree, along with an association test creates a bona fide practitioner of a particular skill set in our society,” Pond notes.

Making aspiring salespeople go through a similar process of qualification would raise the desirability of sales as a career, Pond believes. To encourage this formalization, Pond has offered a $500,000 incentive to the first Canadian institution to create a degree program in international sales. It’s already being done in the United States, he says.

Both entrepreneurs insist sales is a skill-driven profession. “Sales is about relationship-management, people-management, problem-solving,” says Pond. “Those are all skills that are taught at universities around the world.” There’s also a more clear path to assessment than in many other professions, he points out. “If I get a purchase order, that’s counted and that’s cash—that can be audited and managed as an outcome,” he says. “Not too many disciplines in business or anywhere can be managed that accurately.”

Measurable performance is also an intrinsic incentive to get into sales. Scarborough points out that few jobs have as direct a relationship between performance and compensation. But he insists that the skill set is a valuable one to cultivate regardless of a young person’s career ambitions. Interviewing for jobs, promoting ideas internally, negotiating—all these are sales skills, he says.

Until academic institutions confer their seal of approval on this particular function, companies of all sizes will have to get millennials into sales by actively recruiting and training them. “Young people have got the potential to be great employees in a sales capacity, but they’re not coming out of school completely job-ready,” says Scarborough. “What you need to remember is that the first year or two out of school is a learning process. You’re getting that talent, but you need to augment that with education.”

Looking for talented young salespeople to join your team? Contact us today!