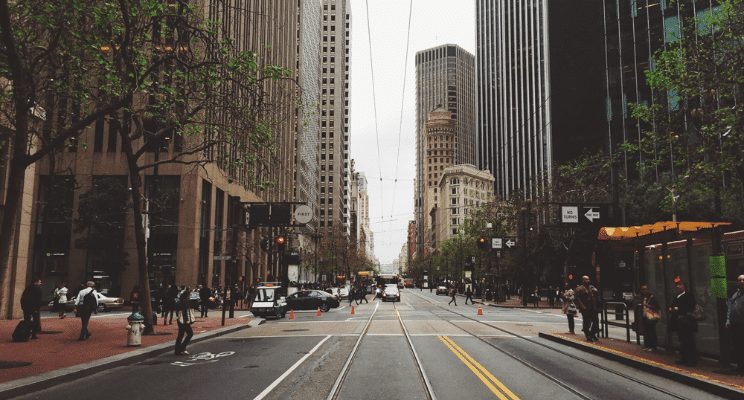 Elite Daily stated that “we live in a society in which productivity is considered to be a highly valued aspect of life. If you seek to impress someone, whether it’s at a job, networking or in everyday relationships, people will wonder what you’re up to. ‘Nothing’ is an answer that’s often frowned upon, as is general laziness”. However, it seems that for the most part this statement is misconstrued, especially by those who are young, hungry and eager to impress – students.

I’ll be first to admit, that when I was a student I was a culprit of being involved in everything. But, I wish I could go back and tell myself that it wasn’t necessarily the best choice. I worked part time, studied full time, was the vice president of a student group and trained 20 hours a week for various marketing competitions. Trust me, I get it. It’s hard to say no; you want to get as much job experience as you can, but learning to get super involved in one thing will benefit you for the future.

Tip #1 – Choose your lane. Find an activity that is suited towards your career aspirations, that you can invest the bulk of your extracurricular efforts in.

As a Regional Manager for the Great Canadian Sales Competition I work with students that have spread themselves too thin everyday. Students that look great on a resume – they are involved in literally every school club/group – and I originally thought were going to be great additions to the team. But when it came down to it, they were too busy to excel in the ambassador role because they simply did not have the time to invest. If you are a student who is involved in everything, ask yourself critically how you will manage your schedule so that you are not just participating in an initiative, but are an engaged participant that is contributing to something great. I am not by any stretch implying that if you are involved with more than one thing that you will fail. You have to know yourself and understand what you can take on and how you can ensure that you are successful in everything, rather than scratching the surface with your capabilities.

Tip #2 – Get organized. Mapping out your school and extracurricular schedule will allow you to allocate enough time to properly succeed in each, all while still having a social life on the side.

As I mentioned before, I was involved in a lot of different things while in school. I have a VERY gold personality and while I was in school I had all of my activities scheduled in for the entire year. I’ll be candid with you, it took a lot of work and effort and many of my peers didn’t organize themselves to the same caliber because it took a lot of time. I can confidently say that being hyper organized is well worth the investment. I rarely felt overwhelmed, because each and every week I had a very good idea of what was required of me. It doesn’t mean that I wasn’t busy; it simply meant that I felt more prepared going into everything that I committed my time to.

Tip #3 – Learn to say no. It’s an ongoing process to learn how to say no, but as long as you realize the importance of saying no, you’re on your way there.

I now know that if I decided to put my time and focus into one of the extracurriculars that I was involved in, I would of been able to support my team and excel better within that position. There is this underlying philosophy that being involved with only one thing will somehow make you less employable and in my experience I’ve found the complete opposite. If you are highly committed to one thing, you’ll get a deeper and richer understanding of what you are doing and what you have accomplished.

Employers are looking for someone to articulate how hard-working, committed and results oriented they are and you can absolutely accomplish this with one extra-curricular. My advice to current students is to learn to say “no” and put your time and resources towards one commitment that you want to excel in. You will end up with better metrics, better experience and you won’t disappoint the people that you have committed to.