5 tips to ace your next networking event

Today’s business world can be really confusing when managing your career. How to meet potential employers? How to dress for an interview? How to negotiate your offer or a raise? All of these topics and more are discussed in our Recruiter Roundtable series, where we invite a diverse group of Sales Talent Agents to share their ideas and debate the topics important to you. Today’s topic is “How do you network?” 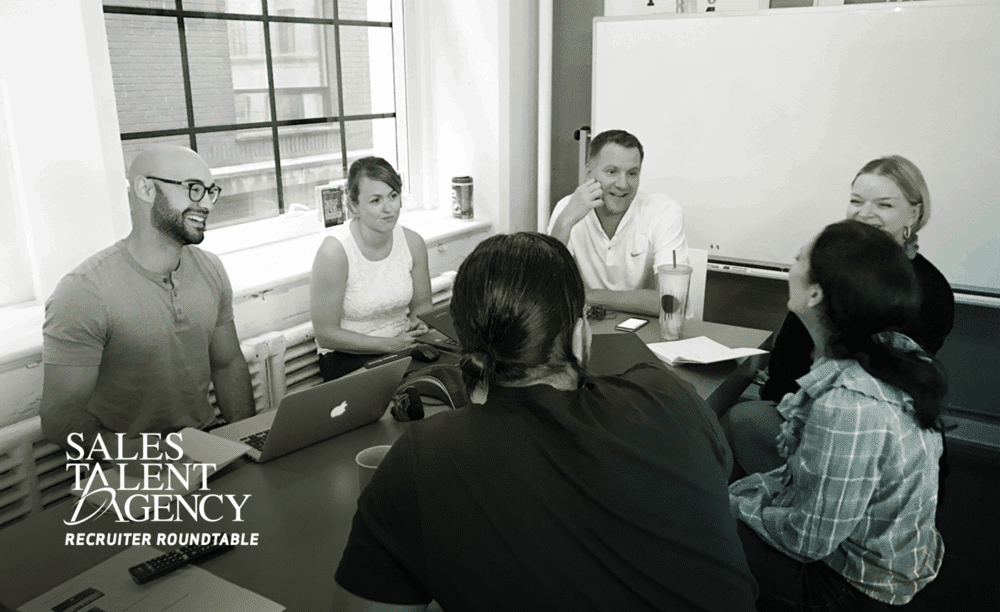 Emily (Our Host): Today’s scenario: You’re at a networking event and want to be noticed. You feel uncomfortable and awkward- what do you do?

Sheila: Networking is an uncomfortable thing for me and most people, but what I learned from Sonya is to have a specific goal in mind for what I want to get out of it. I would rather have one quality outcome than networking for the sake of networking.

Sonya: I think everyone has to decide upfront what their goal is. If you want an internship opportunity I think you have to be honest and upfront about that. I’m always impressed when someone comes up and has seen something our company has done or I’ve done. I’m impressed when people generally come up to me and start a conversation. It shows courage and maturity. That said, someone once found my instagram and quoted a hashtag I used. I found that creepy. It was a crossing of a boundary.

Armin: I agree. I think you need to state your intentions up front.

Jamie: I find it awkward when someone comes to talk to me but they don’t really tell me what they want.

Armin: Yeah. I also find it can be awkward when everyone is talking and you’re looking around trying to find a group to join…

Sheila: Sometimes everyone works together and you’re the odd one out and someone brings up ‘Trisha’s lunch’ and you just think ‘well I’m the odd one out in this group’. Wrong group.

Sonya: Last time that happened to me… I took a selfie and sent it to my team! I was standing there in the corner like a wallflower. It was my worst nightmare!

Kelsey: I usually stand there on my phone awkwardly…

Jamie: I think we need to learn to put our phones away otherwise we won’t get what we want out of it.

Xander: Body language plays a big part in that as well. Think about how you’re standing. Shoulders back, smile.

Jamie: I think it’s important to note that no many how many years you do this it’s still awkward. It’s not awkward just because you may be new to this. I’ve been at this for 25 years.

Kelsey: Normally my move is saying to someone ‘have I met you before… or have I just stalked your linkedin profile?” I say it all the time- it usually gets a laugh. But it’s actually true!

Jamie: Bring a friend but both of you have to have the idea of talking to others. It’s almost like building an alliance. If everyone’s feeling awkward, find someone who’s just as awkward as you and do it together.

Emily: Okay. Scenario: You strike up a conversation with another person. You exchange respective job descriptions and the conversation goes stale. Now what? How do you make your exit?

Sonya: I would say “It was really great to meet you” and then let them know that you want to meet someone else who can help you achieve your goal of the night.

Sonya: They say your network is your networth. You can always learn something from everyone.

Jamie: What if you’re shy?

Lidia: I’m pretty shy and for me you just have to rip the bandaid off and go for it.

Kelsey: Go get a drink. Go get a slice of pizza. Find a situation where you can make an easy intro to someone.

Sheila: Another strategy is volunteering. Your busyness will create an easier transition into networking.

Jamie: In these events you can always smell the people who are the busiest who people want to talk to versus the person who is scared. One thing you can do is to look a little more urgent. Look as if you have something to do without touching your phone.

Sheila: I think networking is a lot like going for a job interview; the best outcome always comes when you are prepared.

Kelsey: Yeah. Also making an a positive and memorable impression. Offer insight. If you are going to contribute, add something of value.

Sonya: Follow-up. The work you do for today is not really for today. Even if you made a horrible impression. It doesn’t matter. Follow up. You can always provide value later “oh you mentioned you were interested in blockchain and I just came across this really interesting article”.

Armin: An alternative idea is to have conversations not about the objective. Just a general conversation. Then in the follow up mention what your goal is. Sometimes you don’t want to pester for data points right away.

Jamie: There’s a fine line between talking about what you want and not saying anything. Everyone’s there for a reason.

Emily: Great point Jamie. Alright, well thanks everyone for taking part in our first ever Recruiter Roundtable. Up next: What to wear to your next job interview: Women’s edition.

5 things to keep in mind before your next networking event