Firmex CEO, Joel Lessem on “building a machine”, a culture of respect, and why Firmex will never hire sales engineers 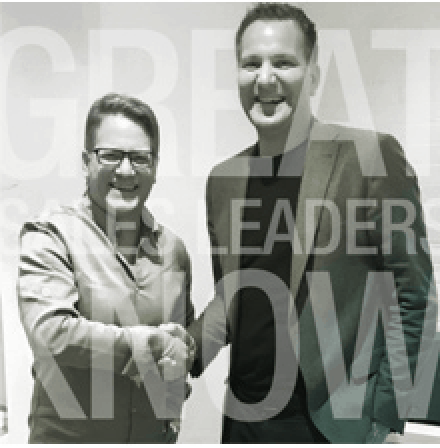 We sat down with Joel Lessem, CEO of Firmex, a fast growing SaaS company. We spoke to him about making the right hires, 'culture carriers', and analyzing and implementing the right technology tools for the job.

Tell us about Firmex today.

Joel Lessem (JL): Firmex is 11 years old now. We are a for profit SaaS company. You find a lot of them aren’t making money. We’ve grown steadily in North America and now overseas. We’re over 100 employees and a “rule of 40” company. Great operating business with the biggest customers only representing 1.5% of revenue. It is all recurring revenue with 92% gross margins and 25% operating margins. Very healthy business. We’re very proud of it.

How is the biggest opportunity for improvement in software sales?

JL: Sales as a craft is done poorly, generally speaking. As a result you can take advantage of that as an operator. If you have the right sales structure and training, you can outperform your competitors. I think, particularly in the tech industry, there is a belief that salespeople are not intelligent enough to present software, which to me, especially if it’s user based software, is a bias of the tech or engineering industry. If you train your salespeople to be able to talk and present intelligently about the product as well as all of the other things they are supposed to be doing like listening and understanding customers needs, then you’ll have a competitive advantage.

You’ve had incredibly low turnover on your sales team. Why is that?

JL: We set achievable targets. We have a heavily leaning commission structure, so the high performers can consistently over-achieve their targets. We have a relatively low price point [for the average sale] from $5,000 to $20,000 so our salespeople are writing a couple of hundred orders per year. It’s the consistency and predictability of their earnings plus the autonomy over the whole sale. They do the sale from soup to nuts. Plus, we have a lot of inbound leads. Inbound is 90% of it. For any salesperson it’s a great environment to work in.

Was it a conscious decision to leave the full sales process to the rep and avoid the more common “solution engineer” role?

JL: When I sold ERP software it could take 3 days of demos, and I would do them myself. Firmex has a product you often can demonstrate in under an hour so there is no reason we can’t do that without sales engineers. In fact sales engineers, and I have witnessed them, do a terrible job generally speaking because the “show-up and throw-up”. I never for a minute at our price point considered sales engineers. It is not that complicated because it is such an easy business software to use.

From a KPI perspective what has been important to you?

JL: That’s a simple question with many answers. I mean when it pertains to sales, closing percentages are an indication of competitiveness. That’s a key KPI for us. The other KPI is a simple demand generation. That’s the marketing and viral function of our product. If the demand isn’t coming in, then we know the bookings aren’t going to flow through. To that point, in our business, automation is a key part of keeping our cost of sale productive. That’s another one: cost of sale. What is the cost for me on the sales side of acquiring new revenue. We try to get more productive each year. As the business scales that’s an important point. Have you maxed that out or can you keep going?

What do you look for from your sales people?

JL: The myth in sales is that good sales people talk a lot and impress people. Our salespeople are the opposite of that stereotype. They are quiet and listeners. They are respectful of other people and pay attention to their prospect. They don’t have to be highly experienced but they have to have the right personality and be willing to learn. We are prepared to take chances and hire people for what they are and don’t look at their resume. We look at who they are as people.

When did you know you wanted to be an entrepreneur or a business leader?

JL: I was always, even as a kid I had little businesses. I think I always had the instinct. In my university days I thought I was going to be a professor; I studied history of philosophy. But then I decided I didn’t want to live in a library. The only job I could get without any qualifications was sales. I ended up being pretty good at it. I started as a bra salesman for Playtex. I don’t know many other people who have sold bras. I worked for entrepreneurs after that. My first company I started when I was 32 did not succeed, and then I started here at 39.

What’s the secret ingredient to determine if a salesperson is also going to be a strong manager? Is there something they have that is different?

JL: People always ask me ‘what does it take to become a manager?’ First of all, you need to be thinking about the company over yourself. As an an individual contributor you have to worry about one thing; putting up the numbers. It’s about your paycheck and your success. It’s a tough change. It’s about helping others- you’re only as good as your team. You really have to think broadly about the operations of the business. If someone’s like that- and a good coach and leader- then they will progress.

You start to see it early because they are coaching before they are in a leadership capacity.

Let’s talk about technology in sales. How do you analyze the thousands of different tools that are out there right now? How do you decide what to use, and who does that?

JL: That’s something your sales manager has to do. They have to be technology savvy, fans of tech. They make the decisions. They have to be always looking for tools to make their teams more efficient. Your sales leaders should be the driver of technology to know what’s useful. You’ll never have adoption of your CRM platform if it’s not implemented by the VP of sales.

Any last advice for any sales leaders to create a successful sales infrastructure? What would be your biggest tip?

JL: I think fundamentally you’ve got to invest in your salespeople internally. Hire salespeople for who they are as people and if you have the right systems in place you can have a great repeatable process. I think the attitude to take is one of respect. Unfortunately the sales cultures in many large organizations is one of stick and carrot. There’s great pressure to hit monthly numbers. There’s a lot of yelling and screaming and huffing and puffing. A lot of stress- it just makes a lot of noise.

I think that culture of respect is really clear in every answer you’ve had about delegation of people, how you hire, what you hire them for. Obviously Firmex is a really impressive organization. Thank you for taking the time to chat with me. I hope everyone that listens learns something because I know I did.