Let’s jump right into it! 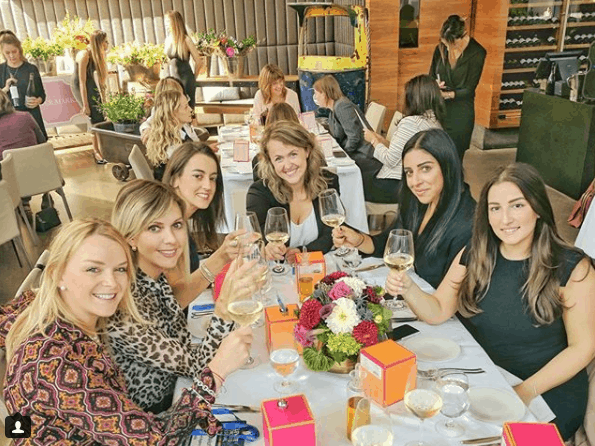 The first thing that has helped me as a women in business is that I really never think about it. I’ve always just taken the view that to be the best me in business, you really just have to be the best in business, regardless of gender.  Competition in business, unlike say .. professional sport, is not segregated by gender, so in whatever it is that I was doing, whether selling for an ad agency, or selling recruitment services,  I have always focussed on trying to do it better, smarter and  faster than anyone else.  It’s not my gender that determines if I put in the extra effort, and I’ve just always been told that if you do the best job, you will win every time.

So I wake up every day, prepared to go to battle, and never do I think that any of my successes or failures, wins or losses, are based or influenced by gender. Out of sight, out of mind, and I believe winning in business is gender neutral and I just never think about it. Focus on being the best and it wins every time.

One of the best ways to earn credibility is by having strong expertise in whatever it is that you are doing.  So no matter what your profession of choice, focus on becoming an expert because if you can become an expert, people will listen and you will be the person that people look to for advice and solutions.  Expertise is not gained overnight and it comes with time and repetitions.

The first thing that everyone needs to understand is that we are ALL in sales. Every day, we are working in sales. Whether it’s selling an idea to a classmate, selling yourself to a potential employer, selling an idea internally within a company, selling students to come to an event, or actually selling a company’s product or service, we are all in sales, everyday. Point one.

Point two to understand is that sales solves everything! Knowing how to sell is incredibly important and sales skills must be learned and practiced.  There are lots of misconceptions about what it takes to be good at sales, primarily around personality types, but we know that if you’ve got an engine, have high emotional intelligence, and a sharp mind, whether you’re an introvert, extrovert, amiable, aggressive, male, female, everyone can be good at sales.  And a company will always need sales.

So whether or not you actually work in sales, having the ability to convey a value proposition, and learning the skills of resilience, are critical whether you are a scientist trying to get a grant, or a founder of your own next-gen game changing app. See yourself as a salesperson!

Sometimes I get frustrated with the negative doom and gloom stories that I hear and read in the media about how bad it is for women in business. Dare I say fake news. If you look around, there are so many unbelievable women leading some of the  largest companies in almost every sector of the economy.

Here are just a few examples:

And if you’re interested in the business of politics, it’s actually amazing how many countries have elected female leaders, including presidents, prime ministers, and heads of states.  Again, a good news story can be found.  Even in Canada, we’ve had our female Prime Minister, Premiers, Mayors, and Governor General.  For those with an interest, there is inspiration that can be found everywhere.

If there is anything that I would recommend to women in business, it’s to understand that if you want something, you’ve got to ask for it. Make your intentions known, put your hand up, and be clear and direct with your request.

Microsoft CEO Satya Nadella got himself in some hot water a few years ago when he first advised women in business at a conference that if they wanted a raise, it would come with good karma.  He later walked back those comments, but let’s all just re-iterate, that that ain’t how it happens.

Sheryl Sandberg, the Facebook CFO and Founder of LeanIn.org, along with McKinsey, one of the worlds largest global consulting firms,  published a study which found that women aren’t getting promoted as fast as men. What’s going wrong she asks?  They found that women are less likely than men to feel that their managers give them opportunity to grow, and  the higher up the corporate ladder you go, women just seem to get promoted less, despite asking.

I think there are a lot of factors that go into this, and I don’t believe that gender parity in the workforce should be a goal, but I believe Sheryl Sandberg is accurate in her findings that many women remove themselves from the workforce, even mentally, well before they need to because they foresee eventually removing themselves from the workforce when they have kids. Therefore, because they know they’ll be leaving, they don’t fight to get as high to the top as they could early in their careers. Leaving on mat leave is inevitable, but it’s better to leave and be as valuable to  a company as possible.

So my advice to women in business, the advice that I will give to my daughter, is that you can’t change your gender, so just get on with it and don’t think about it too much. Remember that credibility is earned, you gotta learn how to sell, ambition is not drive — how hard are you prepared to go through the wall to achieve your goals, choose to see inspiration everywhere, and if you don’t ask, you don’t get.

For the love of Sales!