Canadian Business Feature: How to build a stellar sales force 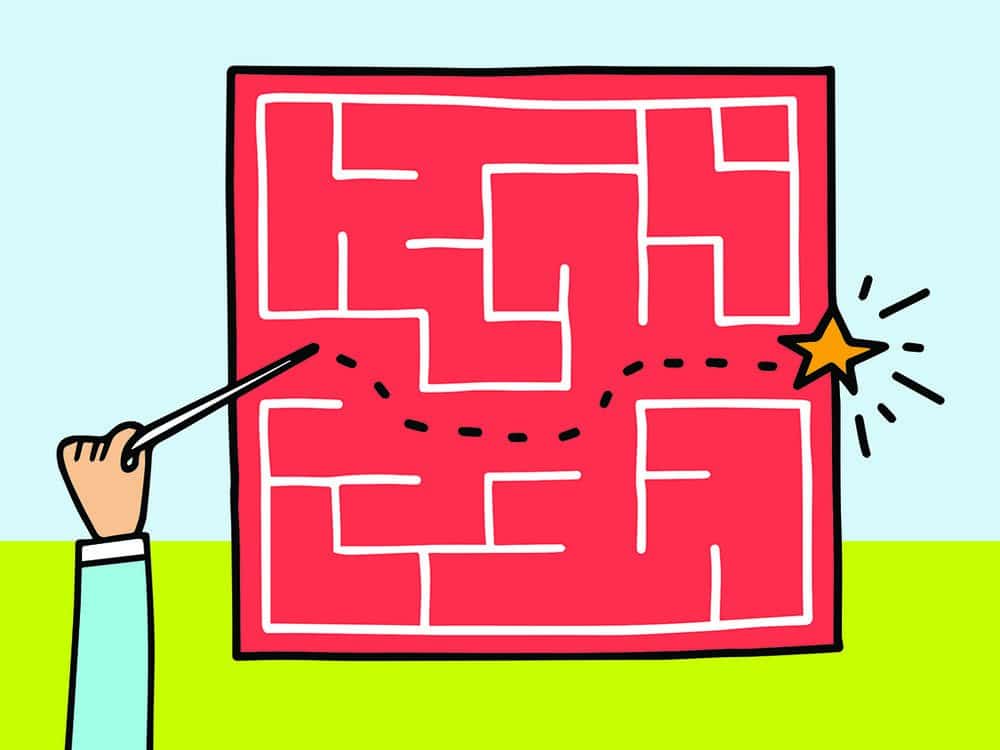 Canada’s Fastest-Growing Companies are indisputable experts in selling stuff really, really well. Who better to give advice on revving up sales?

It isn’t easy to get a sales gig at Home Painters Toronto. For Brian Young, the CEO of the Toronto-based company (2018 Growth 500: No. 205), the hunt for a new addition to his sales team is an intricate, multi-step process. He’s looking for so-called “farmers,” people who want to sow long-term relationships, and it takes some work to tease that out.  The process starts by having candidates ﬁll out an online questionnaire to ascertain whether they have the qualiﬁcations he’s looking for. Sample questions include “What kind of people do you ﬁnd it difﬁcult to work with?” and, “Can you tell me about a time when you needed to be extremely proactive?”

If a candidate makes it past the initial questionnaire, the tests then begin. Young will ask a potential hire to call him at an irregular time—like 9:30 p.m. on a Sunday night—mirroring the unconventional work hours he sometimes requires of his sales team. He also likes to change the time and location of an in-person interview at the last minute, testing a candidate’s ability to pivot quickly without getting flustered. “I like to refer to the interview process as ‘running the gauntlet,’” says Young.

Young knows as well as anyone that it’s hard to ﬁnd good salespeople. Finding likeminded, customer-focused and highly motivated reps who can close, and who won’t quickly leave to chase the next big thing, is a chronic frustration for many business leaders. For entrepreneurs—many of whom never fully shed their early role as chief salesperson—the struggle can be especially acute.

While Young’s techniques may seem to be a touch idiosyncratic, they clearly work: Home Painters Toronto grew revenue by 348% from 2012 to 2017, and that wouldn’t have been possible without a strong sales bench. His story, and those of his peers on the 2018 Growth 500 ranking of Canada’s Fastest-Growing Companies, prove that it is possible—and, with the right choices, relatively simple—to translate an entrepreneur’s innate hustle into a motivated and effective sales army capable of propelling exponential growth.

Know who you want

When it comes to salespeople, you have to know what and who you’re looking for—something that can be a challenge, say Sonya Meloff, founding partner at Sales Talent Agency (No. 446), a sales recruitment company based in Toronto. “We go into some companies and ask sales leaders what they look for, and they all put their hands to their chins, look to the left and right, and then say something like, ‘I like someone who’s really sporty,’” she says. In other words, they look for easy markers of a competitive spirit. By contrast, when Meloff looks for new talent, she focuses in on several traits, including natural goal-setting tendencies, the ability to overcome obstacles, leadership aptitude and an appreciation for expertise. “The ability to achieve goals while faced with obstacles is what truly differentiates ambition from drive—and the latter is a key trait for success in sales,” she says.

Ben Hogervorst, CEO of Lucknow, Ont.-based Britespan Building Systems (No. 454), which builds temporary, permanent and portable structures, has learned through trial and error the value of personality ﬁt in sales. He’s found the most successful hires have been those who really understand the friendly-but-no-nonsense style preferred by the company’s clientele. “Our customers just want to come in, tell you what they need and have you give it to them,” he says. “Analytical types will drive my customers crazy, doing 25 quotes for them.”

Hogervorst pays particularly close attention to body language during the interview process, preferring candidates who are highly attentive, who lean forward in their chairs, make eye contact, smile and demonstrate enthusiasm. “Attitude is contagious and positive salespeople give consumers more conﬁdence in what they’re buying,” he says.

As important as it is to ﬁnd quality candidates to ﬁll sales roles in a growing business, it’s even more key to ensure you have good people managing them. Many entrepreneurial businesses don’t hire dedicated sales managers until they’ve reached a certain scale—and when they do, they often ﬁnd the ﬁt isn’t right. “If salespeople are failing, the ﬁrst place to look is their managers,” says Jason Jordan, co-author of the 2011 book Cracking the Sales Management Code.

Part of the problem, says Jordan, is that employers tend to take successful salespeople and promote them into management roles. That might seem a logical progression, but the skills that make a good salesperson are different than those that make a good sales manager. Without the right training, a rep-turned-manager is unlikely to succeed. Bad sales managers don’t just lead to poor sales performance; they can also create retention issues. “Sales manager training tends to fall into a few buckets: general leadership training and generic coaching,” says Jordan. “But that’s not really what they do. They’re managing sales pipelines, creating forecasts, and spending time with their people to help them win deals and penetrate accounts—and that’s the kind of training they need.”

That training can take a lot of forms: Mentorship, online courses, books and, increasingly, events. Sales Talent Agency’s Meloff, who has also observed a lack of formal sales management training, points to events run by such organizations as SalesTO and Enterprise Sales Forum as great opportunities for sales managers to network and learn.

Be free with feedback

Most salespeople thrive on information­—the more, the better. “Salespeople are different from other people in an organization,” says Herb MacKenzie, associate professor of marketing at Brock University’s Goodman School of Business. “They like the excitement and challenge of closing deals on a regular basis, but they also need to be shown new opportunities.” MacKenzie recommends providing formal feedback three or four times a year, but informal feedback on a weekly basis. “There shouldn’t be a week that goes by when the sales manager doesn’t talk to a salesperson about how they’re doing.”

The love for feedback ties, in part, to the common need among salespeople for validation—which can be essential in a role full of rejection. “The best validation a salesperson can get is closing a sale, but salespeople lose sales opportunities frequently,” MacKenzie says. “This makes feedback from sales managers much more important.”

At Document Imaging Partners (No. 471), a Breslau, Ont.-based data management company, this takes the form of a weekly sales meeting comprising equal parts scrum, workshop and post-mortem. Every Monday, the entire sales team gathers for three hours to go through all aspects of the sales process, including tips to start that initial phone call and understanding ongoing customer needs. “We do role-playing,” says co-CEO Carole Dunkley. “Our reps have a chance to troubleshoot obstacles they may have encountered during the week.” The process takes up time and resources, but Dunkley says it keeps all the reps on the same page, with the added beneﬁt of lifting morale. Another spirit-booster? When a sales rep makes a win, Document Imaging Partners shares that news with the whole team, and even blows an air horn in the head ofﬁce.

Research has demonstrated that the most motivating thing for salespeople is not compensation, but having a very clear task to accomplish. “Incentives and rewards are important, but when salespeople have a very clear idea of what they need to succeed, then they’re more motivated to do it,” says Jordan. He recommends setting one key, measurable objective for each salesperson—whether that’s winning back customers, acquiring new ones or cross-selling products into existing accounts—then limiting the scope of her job to include only the most important tasks achieving that goal.

That clarity can have stunning results. Sherri-Lynn Teri, the other co-CEO at Document Imaging Partners, notes that her organization has recently reduced the amount of red tape expected of their sales team. “We really want them to have time to just focus on sales,” she says. “There are only so many hours available in a day, and administrative tasks can actually give sales reps an excuse to not prospect as much as they should.” This change necessitated the creation of a new admin role, but it’s allowing sellers to sell, which is proving popular with both reps and, crucially, clients.

At Sales Talent Agency, Meloff is also a champion of simplifying the work of her sales team. She encourages her reps to focus on things they can control—like the number of phone calls they make, or emails they send—rather than outcomes. “If you’re placing targets on the right activities, the results will follow,” she says. Patience, she adds, is key: “It can take a couple of years before salespeople hit their stride with targets. It’s up to the company to ensure the right activity is happening, that there’s progress in terms of learning, making more targeted outreaches, understanding clients and asking better questions.” If this measured approach seems like a slog, consider that it has helped Sales Talent Agency more than double its revenue in the past ﬁve years. That kind of growth doesn’t happen when salespeople are disengaged—and it sure doesn’t happen by fluke.